According to a recent Guardian article, a group of children’s authors is writing to the UK government, to complain that primary teachers are “damaging children’s creative writing” by encouraging them to use language that is “too elaborate, flowery and over-complex”. 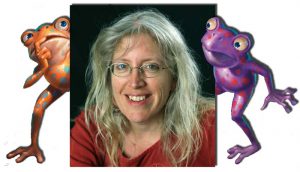 Cecilia Busby, who writes fantasy fiction for children, would much rather that we teach writing in schools just like they do on MA Creative Writing courses “where you’re taught to strip out the adverbs, remove all adjectives, and write in a simple, direct way”.

Well, I’d much rather that authors stick to writing books about snot, spells and farting fish (if they must), and leave the matter of teaching writing to those who know best – the teachers. 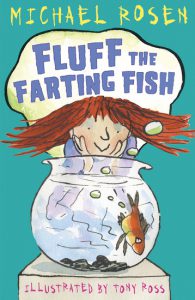 Many schools in Scotland use approaches, such as Big Writing, which focuses on improving children’s spoken language as well as their written work. As children discover new words in their reading they explore their meanings and discuss the impact they have on the reader. When talking and writing, children use this new vocabulary. Instead of being “angry”, they might be “livid”; rather than using “big”, they learn “vast”, “monstrous” or “colossal” might be more effective. Big Writing might also help you to be more diplomatic. My nine-year-old said to me last night, “You’re not fat; just bulky.” Nice try, son. (For the record, I prefer “voluptuous”.)

It is true that, some children, in their excitement to try out some shiny, new words, can end up with over the top, purple prose – with an adjective-party in every sentence. But as your eyes struggle to get past the clunky, flowery phrases, be assured this is just a temporary stage – like riding your bike with the stabilisers on. To understand language, to bend it, break it and make it carry your message, you have to have command of it and know how it works. It is only when we “own” enough words that we are then able to choose the judicious adjective or the carefully placed adverb. 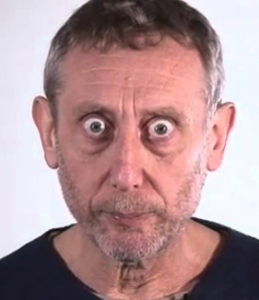 Pared-down prose might be the current trend when it comes to writing literary fiction, but to deny our children access to more sophisticated words “because a simpler one will do” is to deny them the power of words and the wonderfully rich, expressive capacity of their own language. Could it be that authors wish to keep all of the clever words for themselves – so they can use them in their books and in arrogant open letters?

Worry not, authors. You leave a legacy. Your words will live on in your poems and stories, read by thousands of children in our classrooms, while we turn them all into readers and writers. It’s our job. Leave us alone; we’re on it.

One thought on “I’m not angry, I’m livid (TESS article)”