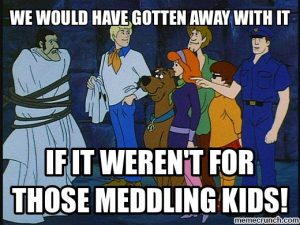 Back in February, Education Scotland published this: A Knowledge Into Action resource for practitioners and education staff Briefing 2: Early Reading.

I blogged about the document and how it was a small step in the right direction. And although the document was flawed in places, the importance of phonics in learning to read was finally, officially recognised: 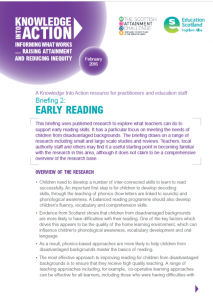 But then, on 19th April, the same document was published again… or was it? 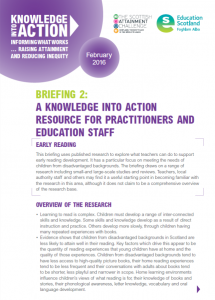 At first glance the documents are identical – they have the same title, logos and headings – and the document is still dated with February 2016… when it should say April 2016.

The content however, has changed beyond all recognition. The ‘new’ document actually contradicts entirely the content of the first. It pushes a ‘mixed methods’ and a ‘whole language’ ideology and sadly, concrete advice as to how to actually teach children to read is in short supply.

The original document has mysteriously disappeared without trace and is nowhere to be found. (Well, except on my computer and now in the link up above.)

Did the research and the findings contained in the first document change overnight?

No, of course not – that’s impossible.

Did Education Scotland change its mind about its position on phonics, reading and the attainment gap?

Surely not, the Scottish Government’s Literacy Action Plan (2010) quite clearly states: “…in primary schools, the use of synthetic phonics can be an effective method for raising achievement at the point of acquiring basic literacy skills.”

Did someone decide that the national document did not align with their own personal views and ideology about reading?

Did someone re-write the entire document to reflect their own beliefs, cherry picking the research to support their points?

Did Education Scotland change the contents of the document based on one person’s views?

Did Education Scotland knowingly deceive practitioners by quietly removing the old document and publishing a look-a-likey replacement, hoping that no-one would notice the complete u-turn in advice?

You can make your own mind up about that one.

It’s a sad day for Scottish education if one person has the power and influence to overrule Education Scotland and dictate the direction we’re going in… especially as it’s the wrong one.