Upstart Scotland is actively campaigning to introduce a Nordic-style kindergarten system between the ages of three and seven, with learning being undertaken through ‘creative play’ rather than ‘formal’ learning. As a campaign that sits outwith Scottish education, I was shocked to see very full and positive coverage in the current issue of Teaching Scotland magazine. You can read the ‘In Depth’ feature here: Serious side of having fun (from page 20) 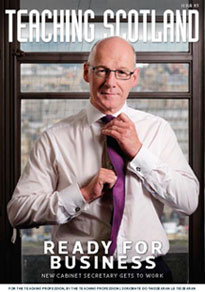 I firmly believe that, although the campaign clearly has good intentions, its preoccupation with copying countries like Finland is dangerously misguided. Upstart’s proposal would actually do more to grow the attainment gap, rather than close it – and that ultimately, it would have serious consequences, damaging the life chances of our most disadvantaged children.

Firstly, the importance of play and its impact, not just on physical and mental health, but on cognitive development and academic achievement, is already well-established and supported in Scotland through the ‘Play Strategy For Scotland: Our Vision, Scottish Government’ (June 2013), and more recently in ‘How good is our early learning and childcare?’ (April 2016). Also, within Curriculum for Excellence (BTC2) there is an emphasis on providing opportunities that allow children to learn through purposeful, well-planned play, which also includes high quality outdoor learning experiences. We must harness the power of play, in the early years and beyond, but play should not be the sole learning strategy. There are times when an appropriate balance must be struck between free-play, child-initiated play and adult-led activity. There is both time and scope for all of these in nursery and in the early years of primary, to ensure a solid foundation for future learning. 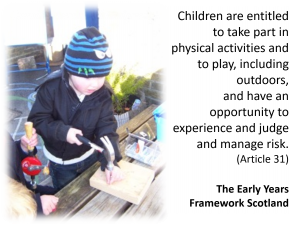 In the search for a solution to our problems, it is natural to consider the countries which top the PISA tables – and to try and ‘have a bit of what they’re having’.  However, when it concerns literacy and the attainment gap, we would do well to be wary of hastily drawn conclusions. Sue Palmer cites countries such as Finland, Switzerland and Estonia, attributing their success to the fact that ‘formal’ learning in these countries does not start until age 7. This assumption, the backbone of the Upstart campaign, is entirely erroneous. There is a much simpler, more basic, reason that explains why these countries are at the top of their game when it comes to reading and literacy: their languages have transparent orthographies. Or, to put it another way: Finnish, German and Estonian (a Uralic language related to Finnish) are all easy languages to learn. The written code of these languages is simple and, in the case of Finnish, one letter equals one sound. Many children in Finland comes to school already able to read – and if they can’t – teaching them is the small matter of a term’s work. Interestingly, Denmark doesn’t get a mention from Sue Palmer, although children there also start school at 7 – but it is perhaps not wise to advertise their literacy struggles. Despite a two year ‘advantage’ in a kindergarten stage, Danish children have similar difficulties in acquiring the alphabetic principles of their language, although not quite as extreme as in English. Furthermore, research shows that ‘foundation literacy acquisition by non-English European groups is not affected by gender and is largely independent of variations in the ages at which children start formal schooling’ (Seymour/Aro/Erskine).

English, on the other hand, has a deep orthography which gives rise to various complexities; not least of which is the fact that we have 44+ phonemes (sounds) in English and only 26 letters of the alphabet to represent them with. This, coupled with direct borrowing from other languages, means that we have a huge number of spelling alternatives, making English the most difficult alphabetic language to learn, and teach, in the world. Indeed, it takes at least three years of teaching, learning and practice to master the basics of reading, writing and spelling. This complexity is also the reason that we have so many children that struggle – because English is hard. But, crucially, success in reading for all is possible. There are already many schools in England that have not only closed the gender gap, but that have successfully closed the attainment gap too – even where the majority of their children are disadvantaged or have English as a second language.

The answer is not to start later – it is start properly – using evidence-based approaches to reading pedagogy. We must ensure that our practice ‘fills the gaps’ for our disadvantaged children and that our teaching is research-informed. We should be aiming for 100% of our children reading – regardless of background or circumstances – and we should expect to get very close.

Weak reading lies at the heart of both the educational apartheid between the advantaged and disadvantaged and stalled social mobility.

The inability to read properly is the single greatest handicap to progress both in school and adult life.

Learning to read only happens once in your life; it is one of the most magical and joyful learning experiences. The greatest gift we can give our children is that of being literate – being independent, curious readers and confident, creative writers. Waiting for our disadvantaged learners to catch-up with the more able, only widens the chasm between them. Every day that we delay the teaching of reading, the gap is growing. Being able to read grants access to all areas of the curriculum, to literature, to language and vocabulary that is far beyond the level of daily speech – to other worlds, to imagination, and to knowledge about the world we live in. Being able to read is a one-way ticket out of the gap, an inoculation against the negative and far-reaching effects of illiteracy on life-chances, life-choices and self-esteem. 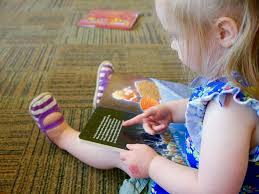 Reading is the fundamental skill upon which all formal education depends. Research now shows that a child who doesn’t learn the reading basics early is unlikely to learn them at all.

If we fail to teach our children, we are setting them up for a lifetime of failure; they arrive in our care deprived – and they still leave deprived. As Tom Burkard explains, ‘When teachers don’t teach, the education children receive from their parents becomes of paramount importance, and the children of ill-educated parents are at an overwhelming disadvantage.’ (Tom Burkard, The Secret Garden). And of course, when it comes to deprivation, Finland has one of the lowest child poverty rates in the EU, is a much more equal society, and does not have to deal with the consequences and problems of the very high levels of child poverty that we do in Scotland.

Research also suggests that although Finnish children start school later, parental input is more consistent. One study in particular showed that five-year-old Finnish children, who had not yet started school, were already six months ahead of their British counterparts in a range of maths skills and concepts. It seems that although starting formal learning later, Finland for five-year-olds, they are actually teaching them much more than the average British parent does. 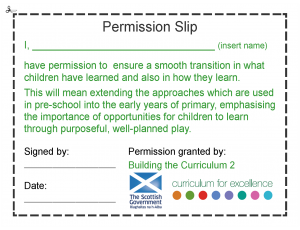 Sue Palmer promotes ‘learning through play’ where children learn ‘at their own rate’. While this, on the surface, sounds attractive, there is a fallacy operating here. Many teachers believe that there is a biologically dictated, developmental pathway to becoming literate. They assume that children must reach certain developmental milestones, and that it is better if reading and writing happen naturally or develop organically (by osmosis!). Crucially, many of our children, our strugglers in particular, will not read or write without being taught. As part of the influential ‘Rose Review’ (The Independent review of the teaching of early reading) in England, Sir Jim Rose stated that, ‘…there is ample evidence to support the recommendation of the interim report that, for most children, it is highly worthwhile and appropriate to begin a systematic programme of phonic work by the age of five, if not before for some children…’ and ‘…an appropriate introduction to phonic work by the age of five enables our children to cover ground that many of their counterparts in other countries whose language is much less complex phonetically do not have to cover’ (Rose Review, 2006) Our nearest neighbours are not delaying this introduction to reading until seven years old – our children would be at an enormous disadvantage if we do.

In addition, as Sue Palmer herself points out – todays’ society is ‘screen-focussed’. Through technology, our children from the earliest ages already live in a text-laden, print-saturated environment. Some of our children, the ones ‘who can’, and those that are supported in the home through bedtime stories, high quality listening and talking, and rich life experiences, will already be getting to grips with the alphabetic code and be well on their way to beginning to read by themselves. Our strugglers however, are unable to navigate this web of text without support and without teaching them about how our language works. And as Diane McGuinness points out: ‘Letting them drift along using their invented strategies, without intervention, may harm them for life’ (Why Children Can’t Read, D. McGuinness). This is why we need to urgently put qualified teachers back into every nursery and early years setting on a full-time basis, and not just the ‘caring, well-informed adults’ proposed by Upstart. 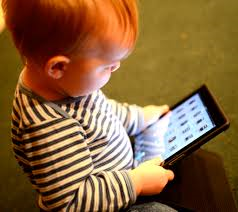 Sue Palmer also suggests that we send out children to school at five out of ‘habit’ – I would suggest it’s because we often do not have another option. Financial pressures mean that for many, work is prioritised over family-life. Whereas in Finland, a generous system of family leave and allowances helps parents cope with their child-raising duties, while keeping their jobs secure. Maybe it is also true that the mantra to ‘let children be children’ and the idea of them playing all day, soothes our collective conscience on some level as we leave our children at the school gate. Reconciliation of work and family life has long been a priority of Finnish family policy – perhaps it’s time we do the same.

The passion and commitment behind the Upstart campaign is admirable, but misdirected; its driving premise is fundamentally flawed. We live in Scotland; not Finland. We’re teaching our children English; not Finnish. There is much we can learn from education in other countries, but we must also consider the wider circumstances at play – especially when the culture, the society, and the values are so very different from our own.

There is however, plenty to campaign for that would make a difference to the lives of children in Scotland and would help to close the attainment gap:

Given the fact that our literacy standards are in decline, and that 20% of our children cannot read at a level that allows them to access their secondary education, we cannot afford to devote the first seven years of childhood to play alone and abandon those who need the transformational power of education the most.

For me, Upstart is a non-starter. For Scotland’s children – it would be a disaster.

6 thoughts on “Why Upstart is a Nonstarter”