Nicola Sturgeon recently announced that a new Attainment Scotland Fund, worth over £100 million over four years, is to be introduced as part of a support package to improve educational outcomes for children in the most disadvantaged communities. This is good news. The story however, seemed to turn sour on Twitter, when teachers read the small print: that the Scottish Attainment Challenge was actually inspired by, and will ‘draw heavily on’ an initiative south of the border – the London Challenge.

questions – why do we need to look to England to solve our problems;

misgivings – we have shown we are capable of leading in education instead of following;

warnings – you can’t just transplant what they’re doing down there, up here, – because it isn’t a ‘local’ solution and doesn’t fit with the context. 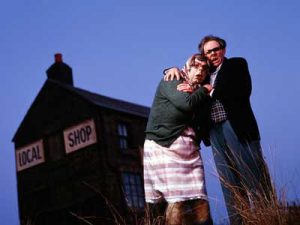 Our initial reactions, I suppose, are in many ways natural; we are proud of all we have achieved in Scotland and we want to defend our position, our hard work, our philosophies. I have been (and still am) prone to moments of smugness when comparing Curriculum for Excellence with the new National Curriculum, particularly when I’ve been working with colleagues on the other side of Hadrian’s Wall. (And I have a long list of things that England can keep – Michael Gove is in the top position, closely followed by SATS.)

However, the ‘doesn’t fit in our context’ excuse, for me, is wearing as thin as ‘the dog ate my homework.’  We are quick to fawn over Finland, there is much to admire and consider there, not least their approach to the training of teachers, the absence of exams and an HMI equivalent, but let us consider the respective contexts for a moment:

So for starters, England is coping with the same circumstances that we are – but crucially – they are actually beginning to close the gender gap and the attainment gap when it comes to reading, writing and spelling.

Where did England go looking for answers to their problems? When Sir Jim Rose conducted his hugely influential Independent review of the early teaching of reading (also known as The Rose Report, published 2006) he drew widely on research, inspection findings, visits, and consultations with teachers and experts in England. In addition, a contingent was sent up to Scotland, to Clackmannanshire, to investigate further the results of the, now famous, seven year longitudinal study into the impact of phonics on early reading. Rose’s team observed teachers, speaking to them about the findings and their feelings. They spoke to an HMI inspector and a member of, at that time, the Scottish Office.  They had discussions with members of Clackmannanshire Council, head teachers and even Dr Joyce Watson, one of the co-authors of the research. Rose’s final report is 105 pages long. Five of those pages highlight and explain the importance of what they learned from Scotland.

What did they do with this information? Well, that’s a story for another day. Let’s just say they did a lot more with it than we ever did – which is a shame. Today’s point is that we have much to learn from our closest neighbours, not just from their practice and policies – but from their dedication to finding and implementing solutions to their problems, and not least, their open attitude and readiness to learn how they could improve – even if that means crossing the border.

We’re hot in education in Scotland; it’s one of the things we do well. But we’re not so hot (hot damn) that we don’t need to keep learning.

Julio! Get the stretch!* We’re going to England. 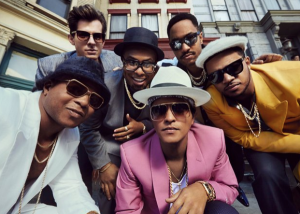 *in case you’ve been living under a rock, or more likely, a pile of marking, these are references to the song Uptown Funk which was recently at number one in the charts for seven consecutive weeks

Independent review of the early teaching of reading, Jim Rose (2006)